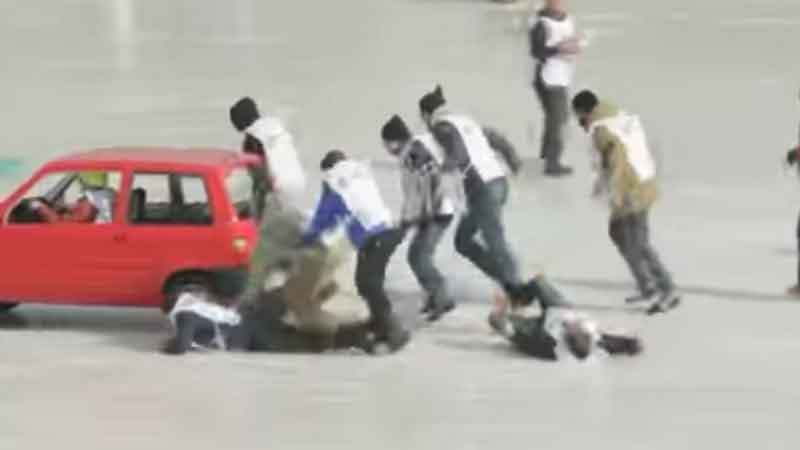 Have you ever watched curling and thought, man, this is great, but what if the stones were replaced with Soviet-era cars? A Russian insurance agent has! Here is the debut of the resulting sport, from last week:

The game seems to work the same way as regular old curling, except a team pushes the car toward the target and stations one person inside to steer. Everyone seems to fall down.

And if you’re wondering why the hell an insurance agent, of all people, would endorse using cars in this way, the agent in question has an answer ready: “Curling looks boring on TV, but I played it once with friends and realized what a great sport it was,” Galina Kirkach told Russian news agency TASS, as translated by UPI. “Then we decided to combine the idea of curling with cars. We constantly see accidents on the road, and we thought that this would attract people’s attention to the need for insurance.”
This does not attract my attention to the need for insurance. It does, however, attract my attention to how fun this incredibly dumb sport seems.